per•form•ing - adj; of, relating to or constituting an art that involves public performance.

PERFORMING – The creative expression of the mind, soul and heart using one’s own body as a medium.

LEARN …the art of acting. DISCOVER …your inner nature. NURTURE …the artist in you. FIND …friends who share the same passion as you. RECEIVE …instruction from professionals.
Technique is of the utmost importance for an actor. The focus at Gateway is on providing training that will build technique. This training cannot happen in one class or one session alone. Acting is an art form that has to be studied just like any other performing art—dance, singing or playing an instrument. Whether you are choosing theater as a fun pastime or are bound for a career in the industry, our teachers and continuing students have a dedication to the craft that will provide you a class experience that is inspiring, humbling, expansive and therefore, memorable enough to last a lifetime, no matter what endeavor is eventually chosen. If your child is theatrical or creative, one session here will give him or her (and you!) a real taste of what goes into performing. If your child is leaning towards following a performing arts path, the sooner consistent training begins, the better. So many times, we hear, "I wish I had known abut this sooner," from high school juniors and seniors that we meet! The kids we send off to college are way ahead of their peers when they get there. We enroll students from all over Long Island, coming from as far away as Mattituck, Hampton Bays, Massapequa and Jamesport. They all have varying interests and levels of training, some with none and some with plenty.  Many students have stayed with their training and have landed parts in our summer Children’s Theater and young roles on the Main Stage.  Others have had success in Broadway shows, National Tours and Regional productions. Students have landed jobs in the industry, on network television series, B'way shows, pre-B'way tours, feature films, and soaps

A Chorus Line: High School Edition was directed and choreographed by Mitzi Hamilton, one of the original Chorus Line members, and friend/colleague to the legendary Michael Bennett. The character of Val in the show is based on her story. This production featured mostly all Michael Bennett's original choreography, for which he won the Tony Award in 1976. This was the first production back with a live audience in 2021 after Gateway closed due to the pandemic in 2020.

The Sound Of Music

Gateway Playhouse's mainstage show with Broadway professionals, featuring students from The Gateway School for the Performing Arts as the Von Trapp children! 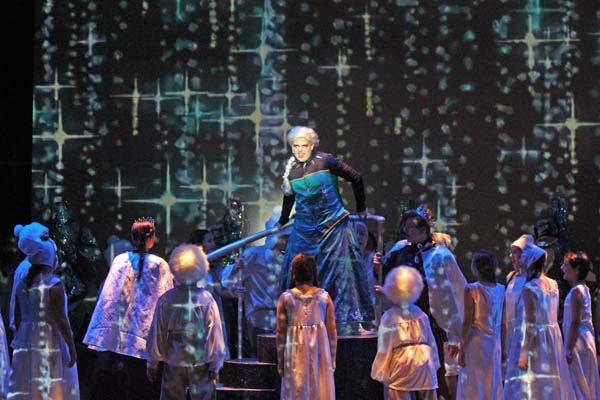 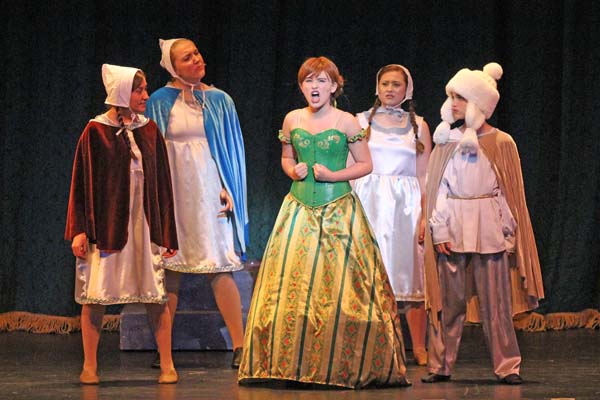 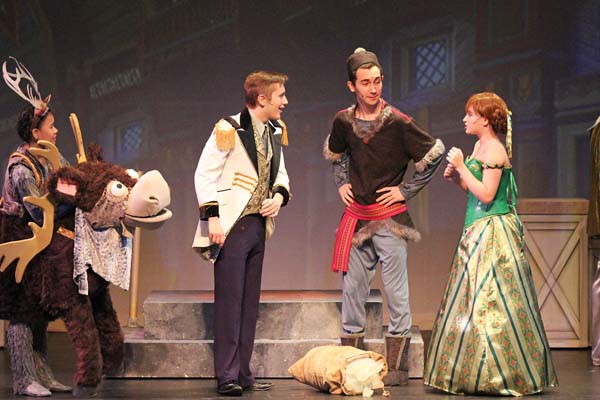 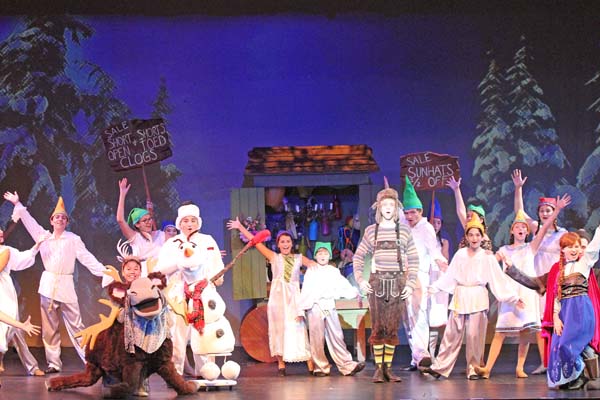 This Gateway: School for the Performing Arts production brought Disney to Bellport! Featuring a cast of all students, this production dazzled audiences and families from all over Long Island! This production was directed by Gateway alums Michael Mastroddi and choreographed by Stephanie Vertichio. Students in this Conservatory class immersed themselves for two weeks in the production, prior to performance, just as Broadway artists do! They even got to work with Broadway professionals for a master class. 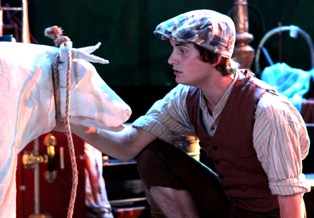 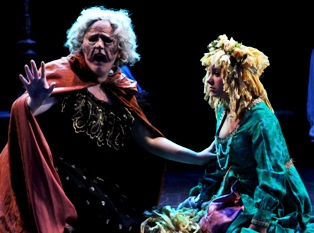 This was the 3rd Annual Summer Main Stage Youth Production for Gateway. If you had a chance to see it, you would have seen skills displayed by our young performers that equaled if not surpassed professional performers with many more years behind them. Here was a true example of the training and focus of our programs which was exemplified in these young talented students who invest themselves in their art form with respect and passion. 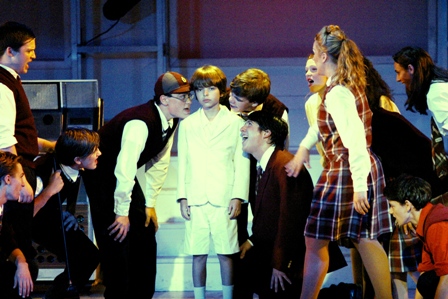 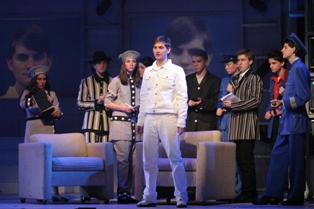 Mostly teens and two talented little boys made up the cast of this sensational show that used sets and lights from an award-winning design and costumes based on the original production. 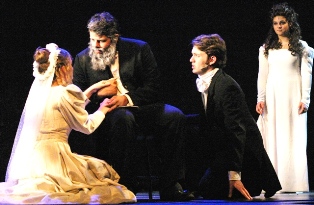 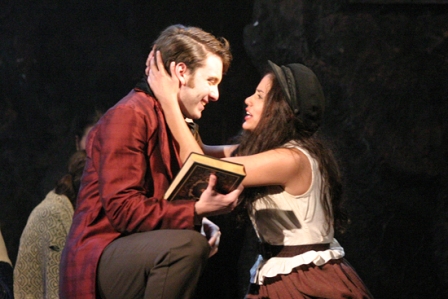 42 talented kids, among them, at least 15 students who had been training at Gateway for over six years, made up the cast of this groundbreaking production. The video below doesn't do it justice, but you can get a glimpse of the power and concentration of this amazing bunch of kids. One of our Little Cosettes, Maya Frank, went on to do the Broadway National Tour, of this production! Congrats Maya! 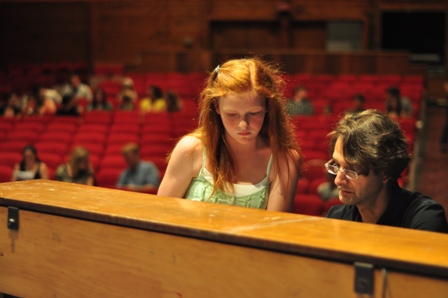 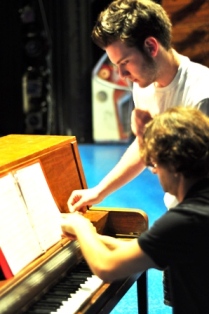 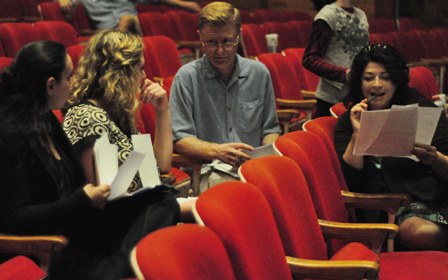 We regularly hold diversified career workshops for those interested in learning auditioning techniques and meeting top agents and casting directors from New York. Past events have brought representatives from top agencies and management firms like CESD, FBI, Abrams, Innovative, Jordan Gill and Dornbaum to Long Island. Participants are coached by the professional faculty at the Gateway Acting School, and given an opportunity to receive representation. Top performers have received great prizes such as headshots, classes, private coaching, theatre tickets and more! 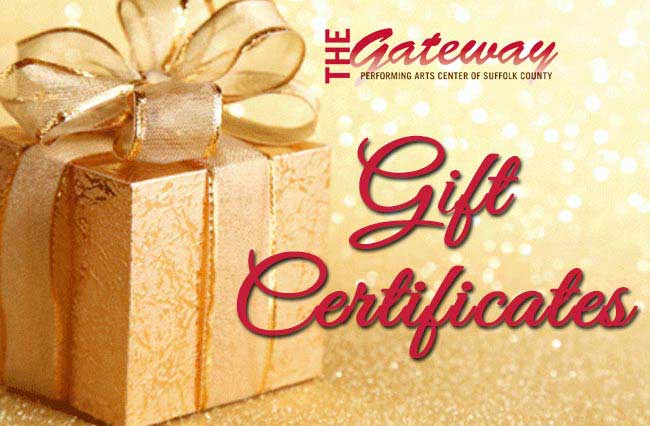